Can we pass an inspection from the master?

Our tests in Iceland made one thing very clear: The Solar Voyager is not ready to ride on Antarctica. 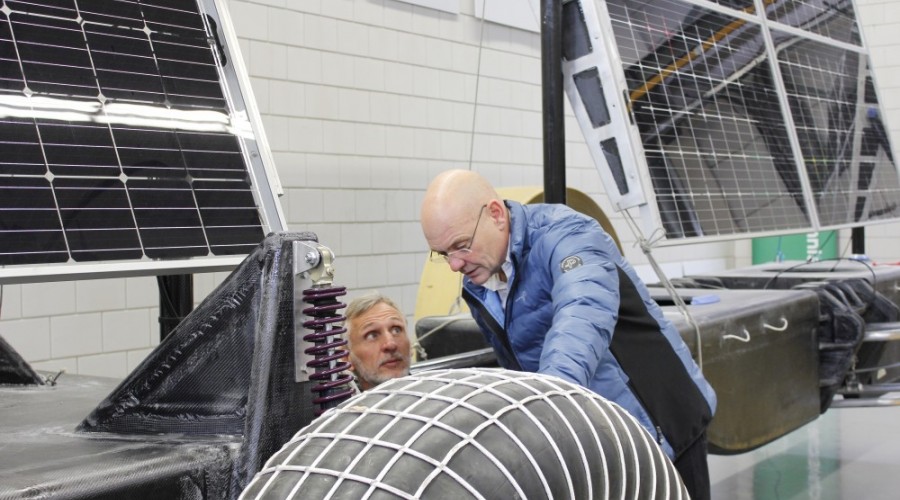 Various mechanical problems came to light. Failing is okay because you can learn from it, and that’s what we did. But it’s a different thing still to turn your learnings into results. We have a real challenge in front of us. That’s confronting and uncomfortable, exactly what we’re about.

We decide to step away from the hard-wheel concept, because it’s too critical and we would loose a lot of time to make it work. We bring back a previous idea, using a rubber tire strengthened by Endumax net. We have to transform the design of the steering axis and driveline. After the design process we start building, and of course lots of things go wrong. Working together is not always easy, especially when everyone is from a different discipline. But September arrives and the Solar Voyager is back on its wheels.

Is the Solar Voyager ready for Antarctica now? Who better to ask than Arctic trucks. We invite Emil Grimsson, CEO of Arctic Trucks, to visit us in Amsterdam. He is curious to see the result after following our progress on Facebook.

The moment Emil enters the production facility his face turns into a wide smile. Conscious of his role he regains a serious look and starts a critical inspection. He circles the Solar Voyager several times. After sticking his head far into the wheel arches his big smile returns.

"Well you have delivered a great job, I'm impressed"

We celebrate this breakthrough with one high five after the other and plenty of strong hugs. The Solar Voyager has passed the mechanical examination, by word of 'the master’. 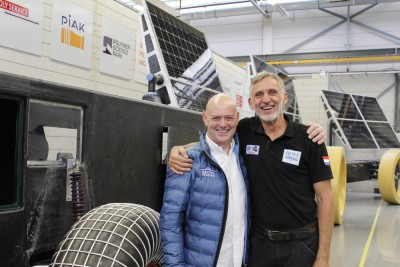 We celebrate this breakthrough with one high five after the other and plenty of strong hugs. The Solar Voyager has passed the mechanical examination, by word of 'the master’.

Arctic Trucks already had an eye on us because they were intrigued by our approach and ambition. They have become partners of Clean2Antarctica and help us to turn this expedition into a success.  And who knows if our Solar Voyager can prepare the way for a new generation of Arctic expedition vehicles...